This is shameless advertising but how else can I tell you about what’s on offer? Big publishers have budgets for promotion and advertising and events and giveaways but us lowly authors (and that’s most of us in the writing game) have to do it all ourselves.

So, to paraphrase that old rhyme,

Christmas is coming, the geese are getting fat

Please put a penny in the poor writer’s hat

If you haven’t got a penny, a ha’penny will do

Please buy a book by me and  God bless you!

So what have I to tempt you to buy?

Set in Largs, a small Scottish seaside resort, it tells the story of Maisie, a successful businesswoman approaching her 40th birthday and wondering what’s missing from her life. Will she find it in the quiet town of Largs or is Glasgow a better bet? Is James the answer or is Lenny? 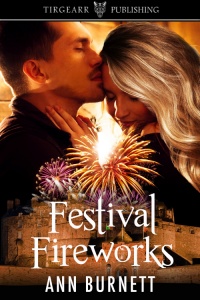 Young Aussie lass Jill arrives in Edinburgh in Festival time, keen to explore the city and the country. But her next door neighbour, Andrew, seems set on spoiling her plans, especially when she discovers he’s also her boss. Can she still achieve her goals despite Mr Bossy, as she calls him, apparently out to thwart them?

A Scottish Childhood; Growing up a Baby Boomer

My father, a keen amateur photographer, took loads of photos of us as children. I’ve collected the articles I wrote for the late, lamented magazine, Scottish Memories, on growing up after the Second World War and put them together as a snapshot of life in the West of Scotland in the 1950’s and 60’s.

A Drop of Rainbow Magic 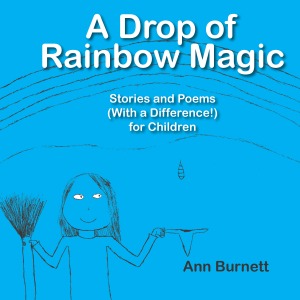 This is a collection of stimulating and vivid stories and poems originally written for the BBC children’s programmes, but with a difference. The children, themselves, are the illustrators. There are pages for them to do their own drawings of what happens in the stories. It’s so important nowadays to give children the opportunity to develop their own imaginations rather than have it fed by computer games, TV and animations.

Take  Leaf Out of My Book

A selection of prize-winning short stories which illustrate my tagline ‘writer of many things’. From a war-torn country to a city in the near future trying to survive economic disaster, to an inept Glasgow private eye, and a fantasy concerning Scotland’s Robert Burns and a determined fan in a pleated skirt, there’s something for everybody in this eclectic mix.

So buy a book and make everybody happy this Christmas!

I met up with an old friend in Edinburgh this week.

No, we didn’t plan to wear identical outfits!

Bernagh was my producer when I was writing for BBC Northern Ireland. She produced the radio series One Potato, Two Potato which was aimed at children from 7-9 years but actually reached a wider age range than that. I started off by writing stories for her to use in the programmes but ended up being one of the scriptwriters.

It was a very successful series as, when it celebrated its 25th anniversary, a group of us Scottish writers flew across to Belfast for the celebrations. It was good to meet up with the presenters, Libby and Michael, as well as some of the other writers, and of course, Bernagh.

Bernagh with the presenters of One Potato, Two Potato Michael and Libby

Bernagh was asked to produce a series of radio programmes for pre-school children and she wanted me to be the scriptwriter. We took ourselves off to a holiday house in Ballantrae in south-west Scotland where in, of all places, a beer-garden, we put together the series Hurley-Burley. 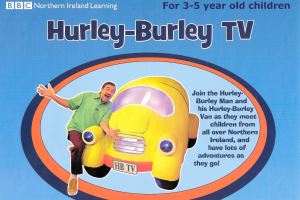 Initially, there were only going to be six programmes but the series was so successful that we did another three series, 24 programmes in all. From there, it transferred to TV and I wrote the scripts for all the 12 programmes.

But times move on and when Bernagh retired from the BBC, they decided in their wisdom to finish with children’s radio. I think that was a great shame for where else do children have the opportunity to develop their listening skills as well as their imaginations if not from listening to the radio? As the cliché goes, the pictures are better on the radio.

However, we enjoyed our catch-up and our afternoon tea and time flew past as it usually does when you’re enjoying yourself.

I received my copy of the August edition of Scottish Memories magazine today in which I have two articles; one on youth hostelling when I was a child and the other on my early schooldays which I loathed. They’re illustrated with some of the many photographs my father took of me and which served to jog my memory about events in the fifties. Photos are a great starting point for all sorts of writing – poetry, short stories, articles, anything at all can be triggered by them.

I’ve used old photos a lot for my articles for Scottish Memories but unfortunately they stop when I was about 8 or 9, which was when my father left us, but that’s another story.

However, I did find stashed away at the back of a cupboard, his photojournals written in the 1930’s when he was a young single guy in his twenties, and illustrated with his own photos. They tell of his trips round the UK on his tandem with his new girlfriend who eventually became my mother. I spent last summer transcribing his words – all 26,000 of them – as they were written in a white ink on the black photo album paper and were suffering the effects of age. But what do do with them? They provide a fascinating glimpse of a time leading up to the second world war as well as making me reassess my opinion of him, much coloured by his actions when I was a child.

Here’s a taste of them:

Many people who have looked at my previous efforts at photography have kindly(?) remarked ‘You must have a very good camera.’ Although my tandem is to be seen in most of the pictures, it occasions little comment other than the usual ill informed ‘Cycling must be hard work!’ As the bicycle has been so much taken for granted, one tends to forget just what a wonderful invention it is. A collection of steel tubes, wire, rubber, leather and other materials, fashioned by a master hand can yield a steed capable of carrying its owner (probably 5-10 times its own weight) to the ends of the earth or merely along the street for a newspaper, according to his (or her) fancy. Bicycles can look very similar. Only when under way does the ‘class’ machine show its inherent superiority. Materials can be copied but brilliant workmanship cannot.

So at the commencement of this album I pay tribute to F.H. Grubb, the man behind the making of my tandem. Now well into its third year, it has carried me over 12,000 miles, as far north as Fort William, south to Cornwall, Wales also has passed under its rolling wheels, through fair weather and foul, speeding along smooth tarmac or bumping across desolate moors devoid of track, whatever the conditions we have emerged triumphant and always ‘arrived’. I can think of no higher praise than that bestowed by its maker when he christened it ‘The Grubb Pullman’.