We’ve been on the move again, this time to Edinburgh. Our new house isn’t ready yet so we had to leave our previous rental (golfers had it booked for the Open at Gullane) and find a new home.

Not as easy as it sounds in the middle of the holiday season and with the Edinburgh Festival next month. However friends of our family were planning to rent out a flat with Airbnb and were pleased to let us have a long let (hopefully just a couple of months) instead. 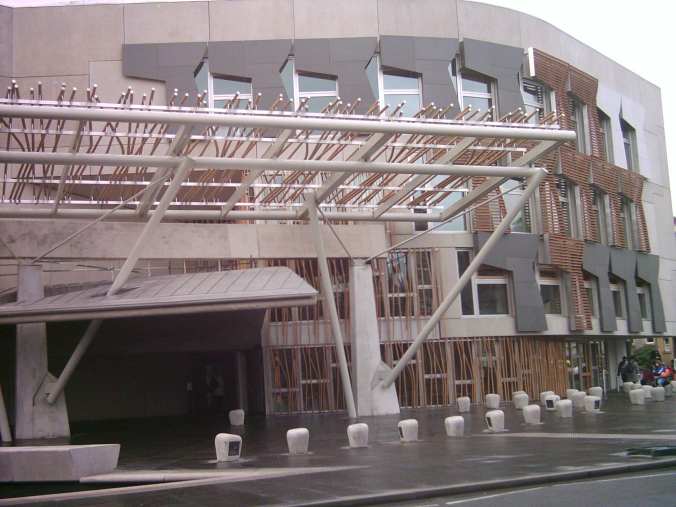 The Scottish Parliament Building at Holyrood

So it was stuff everything thing into our suitcases and plastic bags and head up to the capital. My ‘office’ has expanded to half of a dining table which is positively luxurious compared to the quarter of the breakfast bar I had before.

But my writing is sluggish. The next novel has ground to a halt as there are too many other things on my mind like where did I pack x, y, or z, where are the nearest shops and how does the washing machine work?

I did however, write an article about the street we were living on in Haddington as it was full of history – a battle was fought there in the sixteenth century, John Knox, the Protestant reformer went to school there and the whole area has been flooded several times, the first recorded one in 1348 and the last in 1948.

Being in Edinburgh has its advantages of course. We’ve already found our way to Princes Street and the National Gallery of Scotland, Chambers Street where we visited the National Museum of Scotland and naturally, the shops! Next month is Festival month with the official Festival outnumbered by events at the Fringe, and my favourite, the Book Festival where I hope to catch up with many of my writer friends.

Getting ready for the Festival Tattoo on the Castle Esplanade

And a last plug – my new book, Love Begins at 40, will be published on July 18th. It’s set in Largs on the Scottish west coast, while Festival Fireworks is set in Edinburgh during the festival itself.