And I can go on from there – Drookit*, Energised, Fort William, Glencoe….

We’ve been in the Highlands for a week and as well as admiring the scenery when the weather allowed, I’ve been browsing the books available in the Visitor Centres. 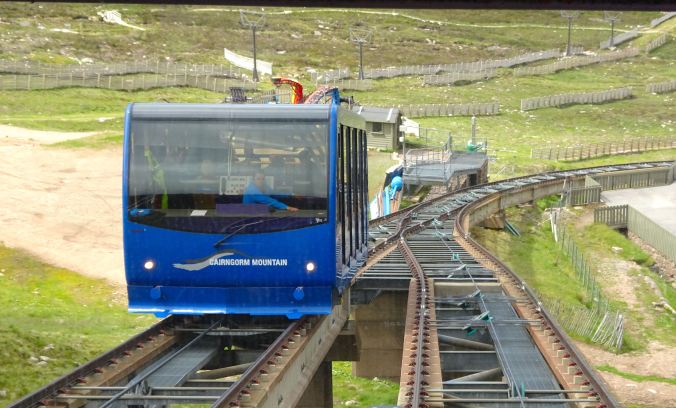 We travelled in the funicular railway to the top of Cairngorm on a day when the rain stopped and the sun came out. As it’s sub-Arctic on the top, it was pretty cold, but well wrapped up, it didn’t feel too bad. Pity the tourists who hadn’t expected such conditions and were feeling the chill as they gazed at the magnificent views

across the hills and lochs before disappearing into the warmth of the restaurant where the ceilidh band from Tain Academy was playing.

In the Visitor Centre, among the cashmere scarves and warm clothing, were beautifully illustrated books showing the Cairngorms at their best as well as children’s books with a Scottish flavour. Mairi Hedderwick‘s Katie Morag series was there as was Lynley Dodd‘s Hairy Mclary books.

The Potting Shed in Aviemore had other attractions – delicious cakes and red squirrels, both of which we thoroughly enjoyed.

At Culloden, site of the defeat of Bonnie Prince Charlie in 1746 at the hands of the Government forces, John Prebble’s book Culloden was to the forefront as was Maggie Craig’s Damn’ Rebel Bitches, the women of the 45, and Bare-Arsed Banditti, about the men who fought there.

Urquhart Castle on Loch Ness had a well stocked book display of the usual titles but wouldn’t it be nice if all the visitor centres had a section purely for Scottish writers and promoted them as such? 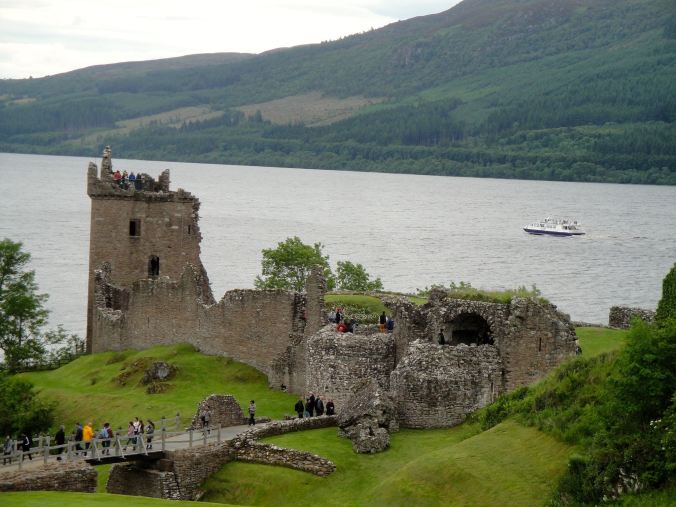 Glencoe was shrouded in mist, just the right atmosphere for Diana Gabaldon’s Outlander books and associated merchandise while Harry Potter had a shelf although the Glenfinnan Viaduct where the Hogwarts Express steamed across on its way to Hogwarts is not that close.

And I was delighted to see that Elizabeth McKay’s Wee Granny and the Ceilidh was prominent!

In one B&B we stayed in, another guest was heading to Sanday in the Orkney Islands.  I was able to tell her about Lin Anderson’s latest crime novel, None But The Dead, which is set on Sanday and she immediately downloaded it on to her kindle. Result!

Now if I could come up with a children’s story about the Loch Ness Monster, Bonnie Prince Charlie, a Highland Cow and haggis, I’m sure it would be a roaring success!

*drookit – good Scots word meaning absolutely soaked with the water dripping off you.